Stephen Crivillaro has been a green energy consultant. He was born and raised in New York City. He is a proponent of renewable energy, and says that in his opinion there is no single source of renewable energy that is the best choice. Rather, he advocates using multiple sources of renewable energy like solar power, wind power, and municipal solid waste as an alternative to traditional fossil fuels.

Renewable energy, he says, is that which comes from natural processes such as sunlight and wind that are naturally replenished. He is encouraged that in recent years the world has turned to renewable energy sources for up to thirteen percent of its primary energy supply, but says that is a percentage that needs to keep going up, because fossil fuel sources not only pose a threat to the environment, they are finite and dwindling.

Global wind power capacity was 238 gigawatts (GW) at the end of 2011, according to the figures Stephen Crivillaro has seen. That’s up only 18 gigawatts from the end of 2000. Solar power, on the other hand, was roughly 67 gigawatts at the end of 2011– up from just 1.5 GW in the year 2000. This, he says, is encouraging and shows great promise.

According to the forecasts of some international energy authorities, renewable energy sources have the potential to greatly increase their penetration in the long term. Stephen Crivillaro says that by one estimate, renewable energy will grow threefold by 2035. These are promising numbers, but he says that the focus on renewable energy as a viable alternative to fossil fuels should be accelerated.

Stephen Crivillaro: All about Renewable Energy

Stephen Crivillaro holds a degree in Labor Studies from Queens College in New York. But he worked for years as a green energy consultant, and says that renewable energy is both important, and an endlessly fascinating subject. 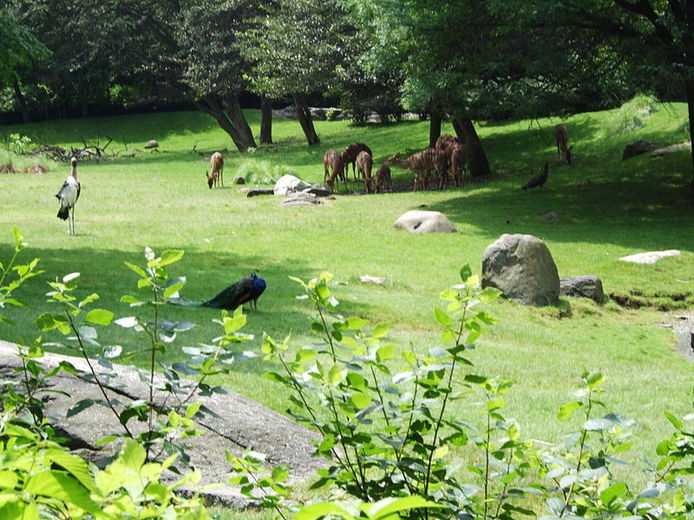 He is passionate about renewable energy, and when he gets wound up on the topic he tells people that nothing less than the fate of the planet is at stake. He usually reins himself in at that point, because he thinks it is wise to keep his politics to himself sometimes, although he remains a strong advocate of public policies that advance the cause of renewable energy.
Visit http://stephencrivillarous.weebly.com/blog/stephen-crivillaro-all-about-renewable-energy for complete post.
Posted by Unknown at 02:48 No comments:

Stephan Crivillaro majored in Labor Studies as a student at Queens College, and learned a great deal about the role of organized labor in American industry, and the of the dynamics of between and management relations. 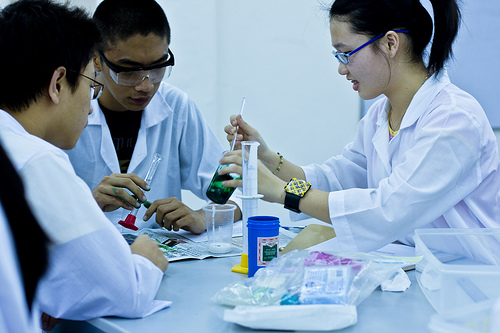 He also learned a great deal about the history of organized labor. Before enrolling in the Labor Studies curriculum, Stephen Crivillaro always thought that labor unions had their origins in the twentieth century. But it was really in the mid- to late-1800s that the initial efforts to organize workers into units of collective bargaining began to make headway. Prior to that, most American workers worked ten hour shifts for six days at week, and that was the original goal of most organized labor: winning an eight hour day, five days a week, and at a reasonable wage.

During the early days of labor and its attempts to organize, there was disagreement on what the common goals should be. But the length of the work day and week were generally agreed upon. After some success with shorter days and work weeks, some workers, Stephen Crivillaro learned, adopted extreme ideas such as Marxism. Others were content to bargain collectively for small increases in their hourly wage, and a few benefits. But he saw that organized labor had, as a group, brought tremendous change to the workforce in America, and most of it for the better. Today most Americans enjoy higher wages, better hours, and improved working conditions, and in many instances employers pay for medical coverage and a couple of weeks of vacation each year.

Stephen Crivillaro is a longtime advocate of alternative energy resources, including Municipal Solid Waste. He says that turning our trash into energy is arguably the best way there is to manage the approximately 230 tons of trash that is produced in the United States each and every year. Many of the existing landfills in the United States are full, and/or are believed to be a contributing factor to contaminated groundwater. But the trash keeps piling up, he says, so it is important to find a creative solution for dealing with it. And turning it into energy might just be the best method.
Stephen Crivillaro is also urging people to think of creative ways to deal with what is called e-waste, or the disposal of electronic devices like old computers and cell phones. He says that this material should not be considered waste, but instead should be considered something that can be re-used or recycled for materials recovery. Recent figures show that only about one quarter of the old TVs, computer products, and cell phones were collected for recycling. And he says that is a number that needs to improve.
Visit https://stephencrivillaro.wordpress.com/2015/02/27/stephen-crivillaro-dealing-with-e-waste/ for complete post.
Posted by Unknown at 22:45 No comments: 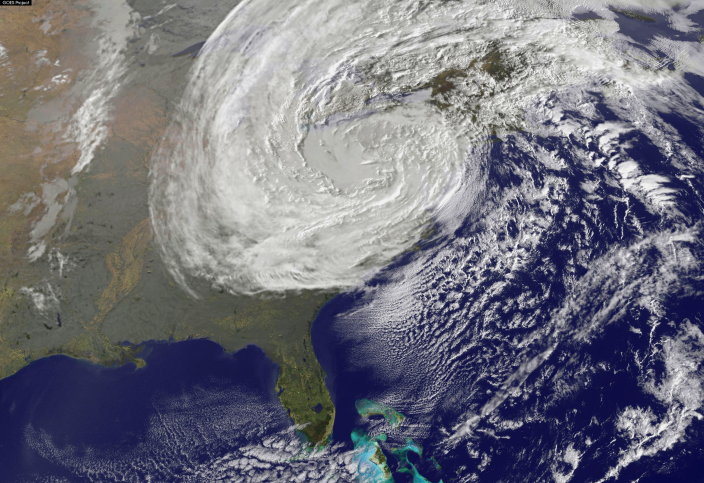 Stephen Crivillaro is a native New Yorker who was among the first to swing into action after Superstorm Sandy devastated much of his hometown, as well as the Eastern Seaboard and beyond, in the fall of 2012.

He recalls how badly New York was affected by the late-season hurricane, which began in Jamaica before working its way up the Atlantic toward New Jersey and New York. The costs of the storm have been estimated as high as fifty billion dollars, says Stephen Crivillaro. More than one hundred homes were destroyed in the Breezy Point area of Queens, when the storm touched off an overnight fire. Thousands of flights were cancelled at the three main airports serving New York, which were closed for two days.

Superstorm Sandy produced a record storm surge of water in New York, as Stephen Crivillaro remembers all too well. The surge surpassed 13.8 feet in Battery Park, more than four feet higher than the previous record water level caused by Hurricane Donna in 1960. New York Metropolitan Transportation Authority officials says the Sandy caused the worst damage in the 108 year history of the city's subway system. Flood waters also damaged the city's electrical systems, including the one that powers Wall Street. Millions of people were left without power.

The storm even had an impact on the 2008 presidential campaign. President Barack Obama joined New Jersey Governor Chris Christie to inspect the storm's impact and declared states of emergency in New York and New Jersey, and Republican candidate Mitt Romney cancelled his own political rallies and turned one appearance into a "storm relief" fundraising event. 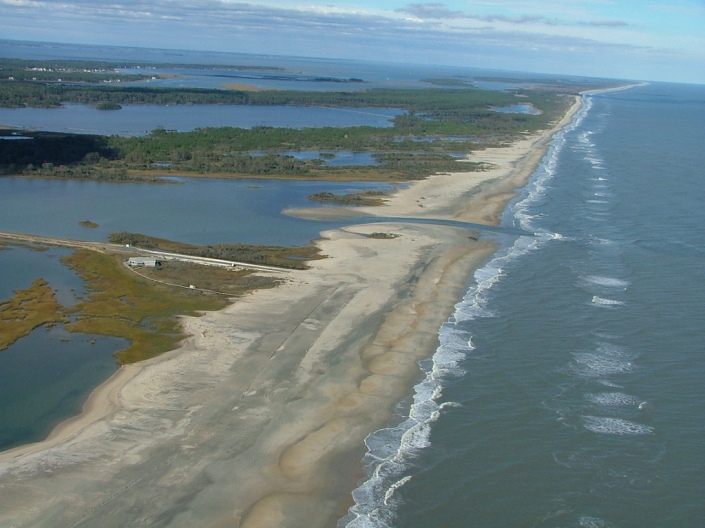 All told, 285 people lost their lives to Superstorm Sandy, including 125 people in the United States.
Posted by Unknown at 04:36 No comments:

Stephen Crivillaro - The Bronx Organization for the Learning Disabled

Stephen Crivillaro is a graduate of Queens College in New York, where he majored in Labor Studies and earned himself a Bachelor's degree.

As a native New Yorker and a successful green energy consultant, he is committed to giving back to his community. He has been a supporter of BOLD, the Bronx Organization for the Learning Disabled. He has been active in BOLD programs that provide assistance to people who are coping with a range of disabilities.

As he knows, BOLD is approved by the New York State Department of Education to provide special education services to preschoolers in the three to five age range. It is also accredited by the National Association for the Education of Young Children, a voluntary system that sets professional standards for early childhood education programs.

Stephen Crivillaro has always known of the importance of charitable giving and supporting worthy causes. He understands that such activity is not only a benefit to those who are in need, but also because it can provide people with a chance to develop a better understanding of the community in which they live. 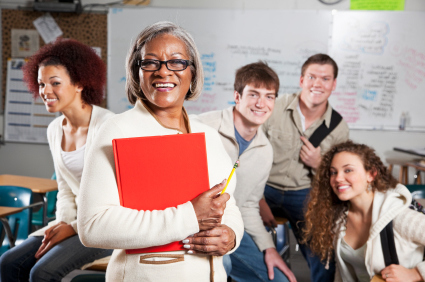 He says that we all have a choice when it comes to giving back to the community. There are organizations that focus on the needs of homeless people, and organizations that raise funds to fight diseases such as breast cancer. And there are those organizations that are especially close to his heart, because they raise funds in support of environmental issues like clean water and renewable energy. They all have a place, and Stephen Crivillaro urges his friends and colleagues to support those causes that mean the most to them.

Stephen Crivillaro majored in Labor Studies at Queens College in New York, and has worked as a green energy consultant. He is particularly interested in renewable energy sources such as waste to energy. Separated municipal solid waste, he says, is defined as material that has been separated from yard waste or food waste and can be converted to energy.

Stephen Crivillaro became a green energy consultant not long after graduating from Queens College in New York. His consulting work took him as far away as Mumbai, India, where he was associated with a waste to energy unit that he says shows great promise. He has done similar consulting in Dusseldorf, Germany.

Visit here - http://youtu.be/f3W5xFQ9jnM for more information
Posted by Unknown at 05:05 No comments: